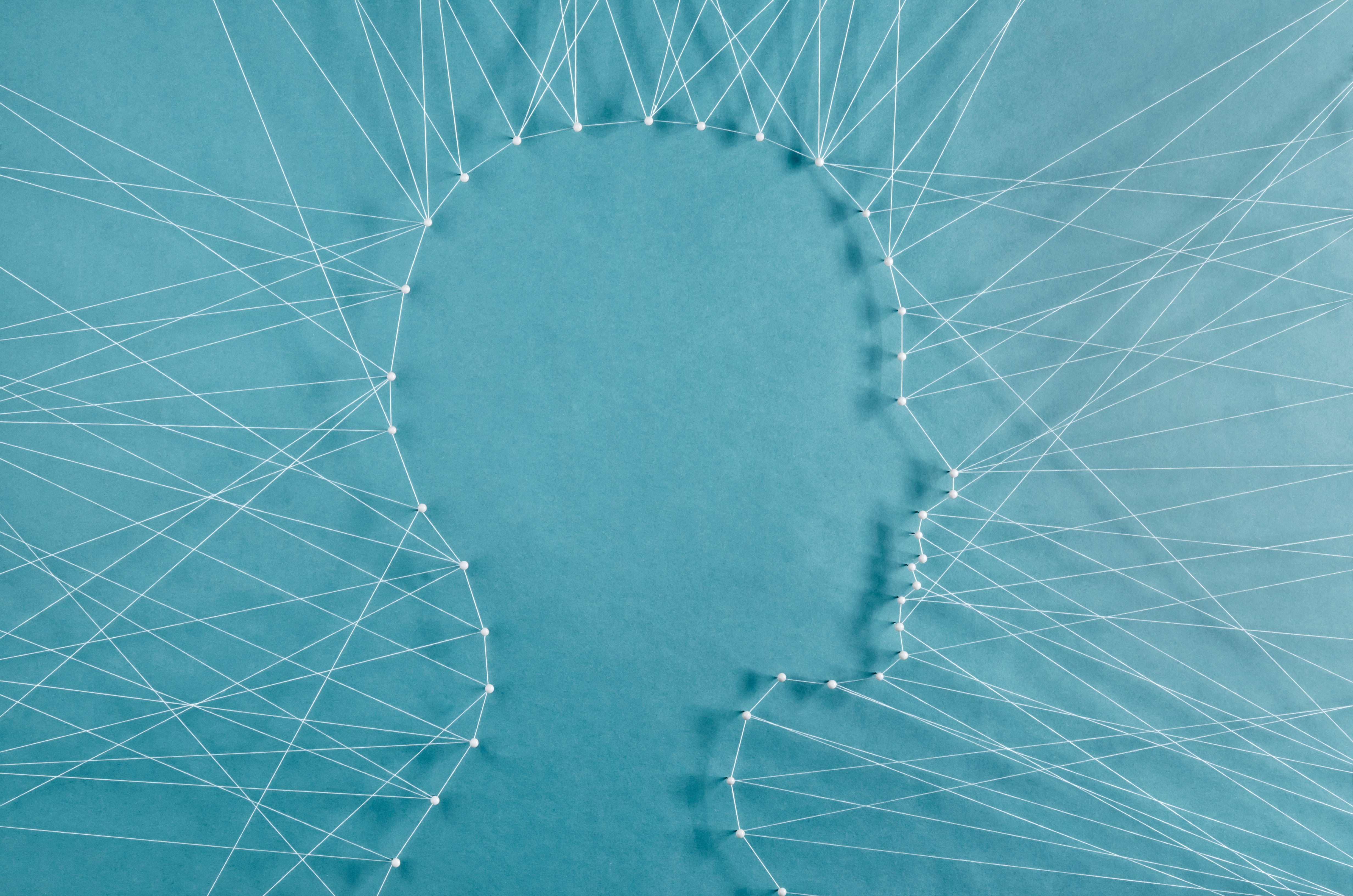 Back to Blog
Employee Engagement

Some leaders make it look so effortless. They communicate with vision and consistency. They take the stage or step in front of the camera with confidence and ease. They are persuasive and inspiring because people recognize something in them that is true. Something they can count on. And someone in whom they believe and by whom they feel empowered.

But for most leaders, it takes preparation, self-reflection and a strong personal brand to effectively play the role required to help their teams achieve their vision. At August Jackson, we empower leaders to own their true voice.

In the otherwise controversial “Game of Thrones” series finale, Tyrion Lannister asks the question that has since pumped the tires of content strategists everywhere. “What unites people? Armies? Gold? Flags?” he asked and then concluded, “Stories. There’s nothing more powerful than a good story.” And it’s true. The question led Carmine Gallo of Forbes Magazine to assert that “Storytellers have always been the ones considered the best people to lead us into the future. We are a storytelling species. We think in story, talk in story, and admire those who keep and spread our stories.” (Forbes Magazine, “The Best Speech  In The ‘Game of Thrones’ Finale and Why It Matters to Today’s Leaders,” May 22, 2019)

How does August Jackson help the leaders we support own their stories? A key tool in storycrafting and storytelling are archetypes. Archetypes are universally recognized figures that represent certain basic human characteristics, motivations and emotions.

These core characteristics have contributed to character development since the beginning of history. But in the 1920s, the founder of analytical psychology Carl Jung codified them into 12 key archetypes that organize basic human motivations and emotions. 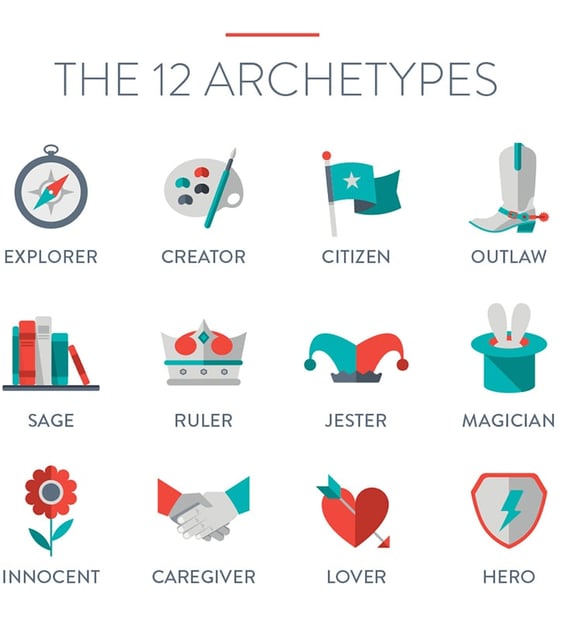 Archetypes are key elements in creating story characters. They make sense to us. Our brains naturally organize ideas by grouping like concepts and identifying patterns. Recognizing these common human traits helps us to process and understand a story. An audience is able to understand what drives different characters. They come to expect a character to act in specific ways. In literature, when someone breaks character, that’s a plot twist — great for drama, not necessarily great for business.

In marketing, archetypes are most frequently used for brand development, helping consumers understand and relate to brands in a specific way. Typically, brands align to a single dominant archetype. Nike is the Hero. Jeep is the Explorer. Disney is the Magician. But people are more complicated than that — in who they are, how they relate to others and how they approach different situations.

“By combining major archetypes, you can create round, dynamic characters who propel the plot forward.” — Hannah Bauman, “The 12 Common Archetypal Characters in Storytelling & How to Use Them”

This quote is referenced from a creative writing blog on character development, but it’s extremely relevant to the work we do for leaders at August Jackson. The clients for whom we create content are multidimensional characters whose job it is to propel the plot forward for their businesses.

We leverage archetypes to create the role of a lifetime for each leader. A custom persona based on contributing archetypes that define his or her personal brand. A character that is….

The results are incredibly empowering for our leaders. They embrace custom personas such as “The Possibility Architect,” “The Champion for the Greater Good” or “The Dream Catalyst.” Each is based on a blend of up to three primary archetypes, as well as a number of contributing secondary archetype characteristics. We define the voice for this persona, identify behavioral strengths and watch-outs. We also create a stylistic checklist to guide the development of leader content, from presentations to multimedia and appearances. Success depends on the leaders’ belief that this is who they truly are.

We also work with teams of leaders to develop a group archetype and messaging map that informs what their clear and distinct roles are as well as how they collaborate together. A group communication strategy that is…

“Leaders who are ‘true to their core values’ are authentic because their actions are motivated by their core values and therefore, are self-determined,” 2017 Columbia College Study “The Authenticity Challenge”

Once we’ve developed the Leadership Voice Archetypes for individual leaders and/or leadership groups, we put them into action in the following key ways:

CONTENT STRATEGY
Leadership Voice Archetypes enable us to align who owns what and how we present content together. Connecting leaders’ authentic selves to their aspirations and appropriate team roles.

COMMUNICATIONS DEVELOPMENT
The Leadership Voice Archetype defines a specific and consistent Tone of Voice, along with a Stylistic Checklist for preparing communications that reinforce who our leaders truly are and serve to fulfill their community’s needs and expectations.

LEADERSHIP TEAM DYNAMICS
Among those who must work closely and effectively together, Leadership Voice Archetypes provide a mutual understanding of individual and group motivations, expectations, strengths, watch-outs and driving behaviors. Our interactive archetyping sessions serve as a fantastic teambuilding exercise that helps our teams work better together moving forward.

OVERALL TEAM CULTURE
Leadership Voice Archetypes strengthen our leaders’ profiles and relationships across the overall community with authenticity, aspiration and consistency. Their communities gain a better understanding of who their leaders are, what drives them and what to expect from them as well as how they can relate to them on an individual level.

Beyond the many tactical benefits, at its core, Leadership Voice Archetyping helps our leaders come to have an even greater appreciation of themselves and to magnify the very best they can be. These leaders shoulder great responsibility for their communities. Leading from the frontlines. Always on and ever accessible in our hyper-connected, multimedia world. A defined Leadership Voice Archetype gives leaders — and those who support them — a strong voice and the tools that empower them to propel their story toward a brighter future.

How your philanthropic lifecycle informs the direction of your campaign strategy

If you are in the silent phase of a new philanthropic campaign, you are no doubt on the hunt for inspiration. The conferences you might attend are... 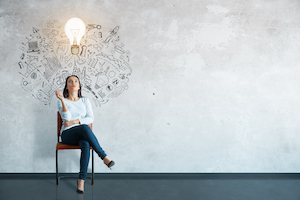 We’ve all sat through a dry presentation or two with slide after slide of cluttered words, ambiguous clip art or lists of bullet points. But if...