If you’re reading this post, you’ve likely attended or worked events where it feels as though every single task associated with attending and participating in said event has been turned into a game of sorts.

It makes sense that this has become a go-to strategy for events and digital engagement: 90 percent of employees say gamification makes them more productive at work, and recent studies show that employees are 60 percent more engaged with training and tasks if they are gamified.

But simply turning obligatory activities into opportunities to accrue “points” or making simple tasks take longer than they otherwise would by “gamifying” them isn’t enough to entice or engage attendees. At best, this can feel like an obstacle or time-drain; at worst, it can feel patronizing.

When events effectively incorporate gamification tools and tactics, it's effective for the same reason any communication is effective: because the game and the experience were designed with and developed from a deep understanding of the audience. If you truly want to use game design to engage attendees, you have to understand what motivates them, and how to create an experience that taps into those motivations. Participating in the game must benefit attendees in a meaningful way, and the reward for participation has to extend beyond “I completed a task I was going to have to complete anyway.”

In October 2021, August Jackson began designing and developing a native iOS app to support a competitive and cooperative game for a long-standing client’s hybrid event. We had a feeling what we came up with would work. But the results shocked even us.

“The app is too expensive and no one will use it.”

This was our client’s immediate response to our pitch: a reaction rooted in their sales representatives’ lackluster engagement with typical event apps in the past. Helping our client understand how this game and the experience it would help us create would differ from typical event apps—and reminding them of how deeply we understand their sales representatives—gave them the confidence to invest in this (and us).

Skipping ahead to the end of the story: the app was well-received, and the experience it helped AJ create was wildly successful. In reflecting on the data we gathered, we think there are a few important reasons for this.

The game and app were developed for a reason and from a place of deep understanding.

The client in question is one of August Jackson’s longest relationships. We know their sales representatives inside and out, and over the years, through countless interviews, focus groups, job shadows, and just plain trial-and-error, we’ve gotten to know what is meaningful and important to them—which is the first step toward figuring out what motivates someone.

The game and app tapped into the audience’s motivations and exceeded their expectations.

Our client’s sales force is both competitive and collaborative. They are outgoing, reward-motivated, and extremely savvy: you can’t trick them into thinking something is worth the time and effort if it truly isn’t.

We developed the game and the app that supported it with those qualities and criteria in mind: spurring a kind of “coopetition.” In-person and virtual attendees alike played in pairs, working together to accumulate points through a variety of tasks: racking up steps via a custom step counter, taking surveys, completing quizzes, scanning posters to experience patient stories told in augmented reality, performing well during training sessions, and more. Sales representatives could redeem points in the app for branded merchandise, and although attendees didn’t know it at the time, there was a big prize awaiting the winning team at the end of the event! Plus being able to see your points accumulate—and your team’s name move up the list—on the live and virtual leaderboards offered the same type of dopamine hit as watching a post rack up views and likes on social media.

And critically, the game rewarded engagement but also leveled the playing field: it was a game anyone involved with the event who was paying attention, engaged, and willing to put in the time and effort could win, and not a foregone conclusion that an employee who already wins all the awards at work would come out on top.

The game wasn’t ancillary to the event experience: it enhanced it.

In-person and remote attendees alike enthusiastically played the game and participated in the experience—not just because the game was fun or tapped into their competitive spirit and love of collaboration, but because it was meaningful and necessary to what they were there to learn and accomplish: an extension of the event’s theme. It gave sales representatives something fun and purposeful to do between sessions at the event, offering a digital layer on top of a great live experience.

The app and game design were extensively user-tested before go-time.

In the earliest stages of this project, our UX and UI designers studied the Peloton app, endeavoring to create an app for this game that would capture the depth of personalization, intuitive design, and level of engagement the Peloton app embodies.

Once developed to the point of usability, we put every aspect of the app to the test with a select group of users to iron out kinks, surface bugs, and root out opportunities for improvement. If you’re asking your attendees to put an event app on their phones, the expectation is that it will be every bit as robust and polished as a commercial app, so we knew ours had to rise to the occasion—and the only way to do that was to test and adjust.

The results? The app was so popular, it was almost a distraction.

In a recent survey conducted by Hopin, 40% of event marketers said engagement is the biggest problem with virtual events. The game and app we created for this event told a different story.

Those tuning in remotely enjoyed a similarly rich experience: a challenging aspect of virtual or hybrid events. All the games and challenges were easy to do from home, and remote participants were still able to see the leaderboard and other recognition spaces around the event venue. Over the past several years, people have become acclimated to remote work, and expect a rich digital experience that works flawlessly. It’s imperative that your virtual experience deliver.

The game was absolutely critical to the success of this app.

After using the app with the game at our client’s event in March 2022, we used the app without the game at a later event. Average engagement decreased by 47%—from 21.25 minutes to 13.18 minutes!

Creating an adaptable app is a cost-effective investment.

Investing in an app like this is sort of akin to investing in a high-quality capsule wardrobe, versus fast fashion pieces that wear out quickly and must be replaced frequently. It’s a bigger up-front cost, but much less expensive over time. In our client’s case, the app has already been built—the specific games, challenges, and theme can simply be updated to fit the audience, need, and event at hand for a fraction of the up-front cost. The app has already been used several times, and there are plans in the works to adapt it for several events in fall 2022.

5 Ways to Elevate Your RFP and Find the Right Partner

An RFP (request for proposal) is most companies’ go-to method for finding a creative agency partner. Whether it’s the best way to source a... 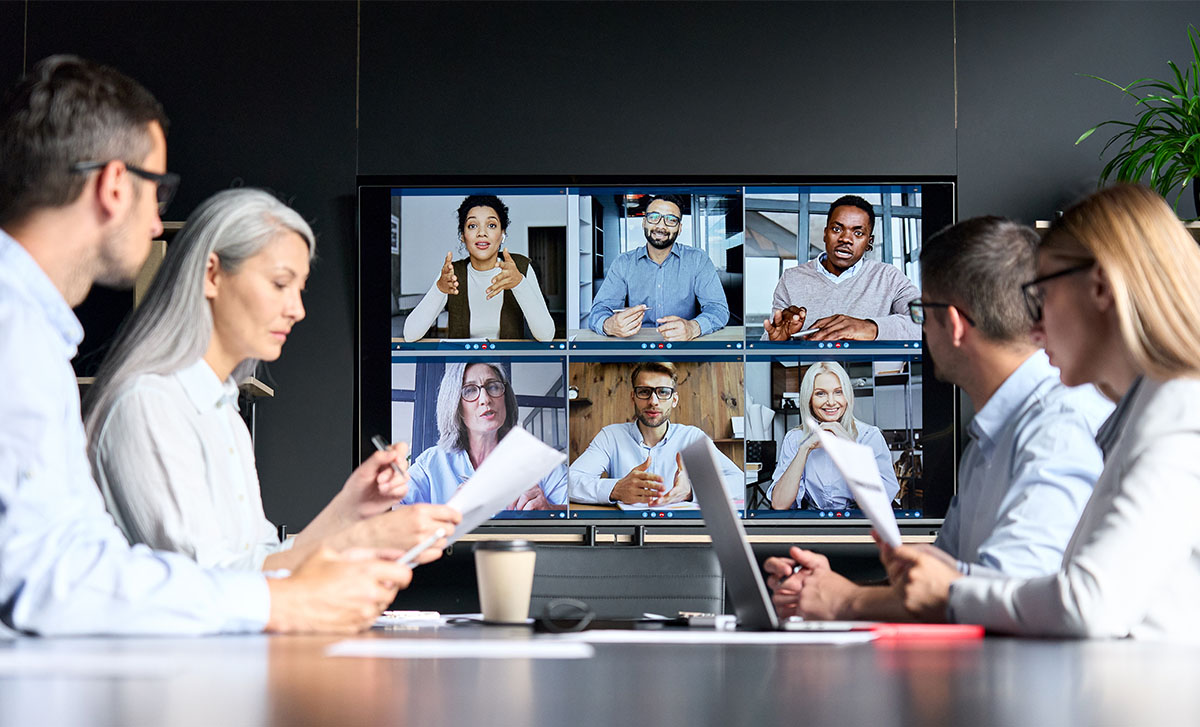 Over the past couple of years, many of the status quos we’ve relied upon in our working cultures have been upended. In the wake of this instability,...